Share.P in the World Finals of the Scale-Up Games 2022! 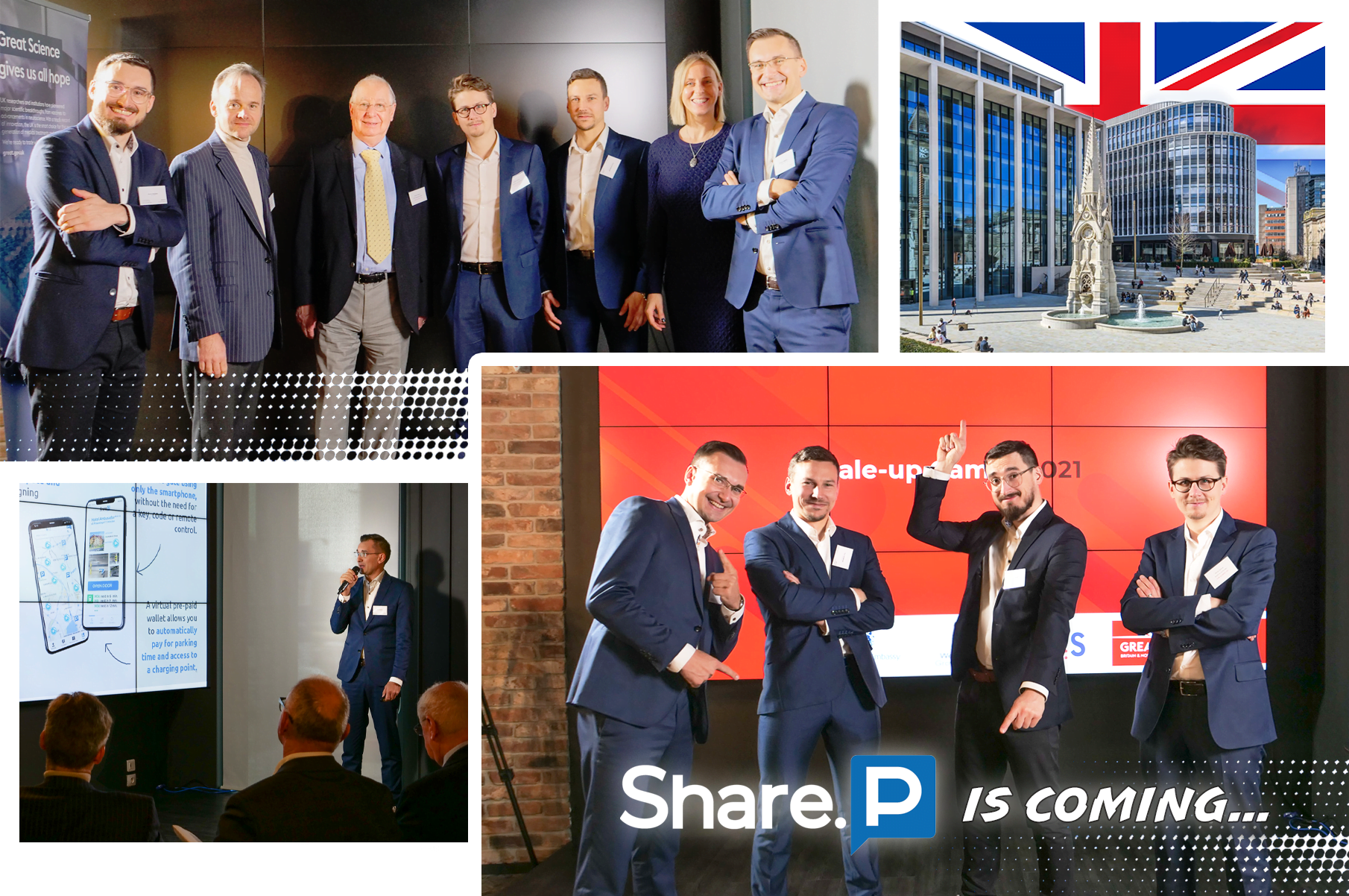 Winning against over 80 other applications, we were invited by British Embassy Warsaw to compete in the qualifying contest for this amazing side event to one of the world’s biggest sporting spectacles: the Birmingham 2022 Commonwealth Games!

The Share.P team in its full complement of four Founders gave it their all. International competition was so strong that two companies were announced as winners! Share.P won in the start-up category, while A4BEE won in the scale-up category. 👏🏻

To our immense delight, we received a Golden Ticket to the Scale-Up Games 2022 in Birmingham from Department for International Trade (DIT) – we will compete with Scale-ups from across the Globe, in front of a judging panel formed by world-class executives and VCs!

Many thanks to the Jury consisting of: Tim Luft, Martin Ring , Marcin Boroń, as well as British Embassy Warsaw and EBS ltd., a consultancy, for the exclusive accounting and legal services package that will help us scale-up in the UK!

01/12/21 Update: It’s official! Thanks to the support of the Department for International Trade (DIT), Share.P will bring the revolution to the EV charging market in the UK with the opening of our new British Office in Q1 2022! We’re already looking forward to it! 😉

Users talk about us

We know our opinion is not objective so let’s read what others have to say.

I was not able to believe that parking can be so easy!

Opening garage door with an app, love it, good luck!

Travelling to Zurich and having a chance to book a parking spot before arriving is a time saver!!!

Travelling to Zurich and having a chance to book a parking spot before arriving is a time saver!!!

Opening garage door with an app, love it, good luck!

I will never again have to pay for an extra remote control, yay ;)

I was not able to believe that parking can be so easy!

Nothing comes from nothing and that is why we asked other professionals for cooperation.